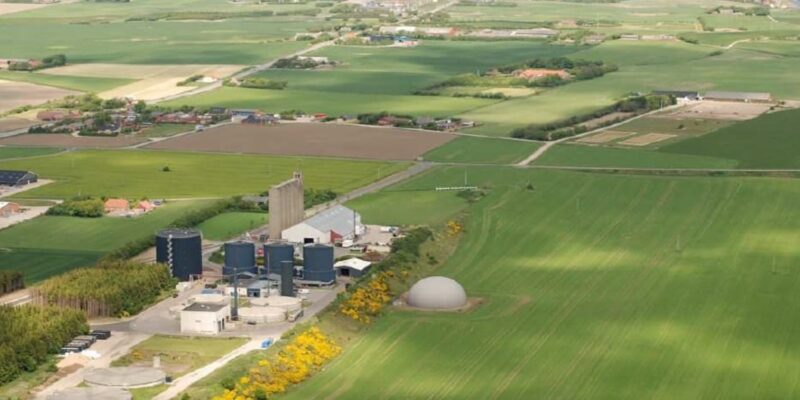 Global warming, which means the increase of the average global temperature of the Earth’s climate system, has far-reaching negative impacts on the human population and ecosystems and is the biggest challenge to achieving sustainable development. The predicted negative effects of global warming include increased unpredictability of the weather and climate; dramatically increased severity, scale, and frequency of extreme weather events such as storms, heatwaves, droughts, and flooding; melting of ice sheets, which contributes to rising sea levels; changes to regional climate; food and freshwater availability; and biodiversity loss.

Human activity is the dominant driver for the observed warming in the industrial era, and the largest anthropogenic contributor is the emission of greenhouse gas such as carbon dioxide. Carbon dioxide from the burning of fossil fuels and industry is the largest source of greenhouse gas, accounting for about three-fourths of total global emissions.

Many impacts of global warming have already been observed, such as declines in the Arctic sea ice extent, extreme weather events, and rising sea levels to name a few. Some of these impacts are also already visible in Ireland: increased number of warm days and decreased number of annual frosty days, increased average annual national rainfall (60mm higher in the period 1981 to 2010 than the period 1961 to 1990), increased river flow, increased mean annual sea surface temperature (1.0°C higher than that during 1961-1990, as measured at Malin Head, Co. Donegal), a sea-level rise of 1.7cm per decade.

The impacts of global warming can reach levels of irreversibility if global warming exceeds ‘tipping points’, beyond which certain impacts become irreversible even if temperatures are reduced. To avoid some of the irreversible impacts, keeping global warming below 1.5 °C compared to pre-industrial levels is needed, as emphasized by the Intergovernmental Panel on Climate Change (IPCC). We have to reduce global carbon emissions by 45% from 2010 levels, by 2030 in order to reach the carbon neutrality target by 2050. We only have a limited window to limit global warming to 1.5 °C, which would require rapid and unprecedented changes in all aspects of governments, industries, and societies.

EU and Ireland’s effort to curb global warming: the role of renewable energy

The European Union has set binding targets to curb global warming by reducing greenhouse gas emissions, including reducing greenhouse gas emissions by at least 40% below 1990 levels by 2030.  Increasing the use of renewable energy, i.e., energy from renewable sources, is an important part of the package of measures needed to achieve these goals. The European Union is aiming at increasing the share of renewable energy to at least 32% of EU energy use by 2030. Each Member State is required to submit a 10-year National Energy and Climate Plan (NECP) to set out its contribution to these targets and how to reach these targets.

According to Ireland’s draft NECP, Ireland can expect renewable energy share of 15.8 – 19.2% by 2030 (without additional measures) and 23.7 – 27.7% with additional measures, which are less than the required target of 31% (results from Regulation (EU) 2018/1999 on the Governance of the Energy Union and Climate Action). The final NECP will be a binding plan and missing the target may lead to fines. On the other hand, Ireland is on track to miss its 2020 renewable energy targets of 16% and ranked 26th out of 28 member states in the EU (as of 2019) in terms of its progress towards renewable energy targets. Transformative changes in industries and societies in terms of energy utilization are needed to achieve Ireland’s goals.

Anaerobic Digestion is a process where several groups of microorganisms break down organic non-woody components in the feedstock in the absence of oxygen. Anaerobic digestion produces biogas and digestate. Digestate contains nitrogen and phosphorus and can be used as fertilizer. Biogas mainly consists of methane, the same chemical compound contained in natural gas and can be used directly as fuel for combined heat and power engines or upgraded and injected into the natural gas network. Common feedstocks for anaerobic digestion include wastes such as slurry and manure from cattle, poultry, and pigs, domestic food waste, organic wastes and wastewaters from food and beverage processing industries, and grass and maize, etc.

Anaerobic digestion is a source of renewable energy and can reduce carbon emissions by generating bioenergy from carbon. This can replace fossil fuel with renewable biomethane. Biomethane is a product certified by Gas Networks Ireland with standards equivalent to natural gas for grid injection.

There is no shortage of potential indigenous anaerobic digestion feedstock in Ireland: roughly 7 million cattle, 5.2 million sheep, 1.5 million pigs, and 11 million poultry, together with waste arising from crop farming industry and households (as of 2016). It is predicted that carbon emission savings of up to 0.7 Mt CO2e/year by 2030 and 2 Mt CO2e/year by 2050 can be achieved using anaerobic digestion to produce biogas.

WEW Engineering is currently conducting an innovative research and development project aimed at the provision of automatic monitoring and control systems, to optimize the performance and commercial management of integrated unit operations at Renewable Centres. Further research areas include the investigation of the feedstock market, relevant regulations, and additional aspects relating to anaerobic digestion.

WEW Engineering is committed to optimise bioenergy recovery and to apply sustainable engineering technology in the interest of climate change, following the recommendations of the Paris agreement.

For a free consultation

This website uses cookies to improve your experience while you navigate through the website. Out of these cookies, the cookies that are categorized as necessary are stored on your browser as they are essential for the working of basic functionalities of the website. We also use third-party cookies that help us analyze and understand how you use this website. These cookies will be stored in your browser only with your consent. You also have the option to opt-out of these cookies. But opting out of some of these cookies may have an effect on your browsing experience.
Necessary Always Enabled
Necessary cookies are absolutely essential for the website to function properly. This category only includes cookies that ensures basic functionalities and security features of the website. These cookies do not store any personal information.
Non-necessary
Any cookies that may not be particularly necessary for the website to function and is used specifically to collect user personal data via analytics, ads, other embedded contents are termed as non-necessary cookies. It is mandatory to procure user consent prior to running these cookies on your website.
SAVE & ACCEPT